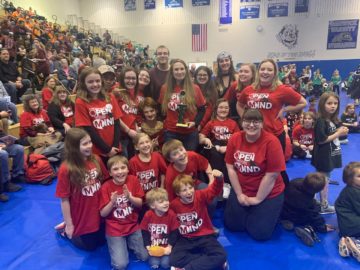 A team of fourth and fifth graders from Curtin Intermediary School in Williamsport took second place in the World Championships for Odyssey of the Mind, a competition for students that involves creative problem-solving. This six-person team submitted a video for the finals and had a chance to explain their problems-solving techniques with a skit. The team placed second out of 118 teams competing worldwide. In total, four of the district’s teams placed in the top 20. In an article on northcentralpa.com, Williamsport Mayor Derek Slaughter, who presented the team with a trophy commemorating their accomplishment, said, “It’s really a testimony to our school district. We have a lot of really exceptional programs, Odyssey of the Mind being one of them.”