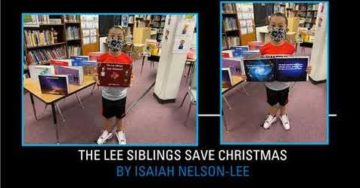 The authorship program at Wilkinsburg School District has turned first- and sixth-graders into published writers. Through a partnership with StoryJumper, a self-publishing company, student who volunteered to participate completed the process of brainstorming, writing, editing and illustrating their books mostly independently, December through May, since the district was using remote instruction until mid-April. According to an article in the Pittsburgh Post-Gazette, the idea was started as a way to keep students engaged in literacy during the winter holiday break. In total, 38 books were published! The district ordered three copies of each student’s book: one for the student and one for each of the two schools’ libraries. The district hopes to expand the program to students in all grades next year.

Click here to watch a video of the students presenting their books.