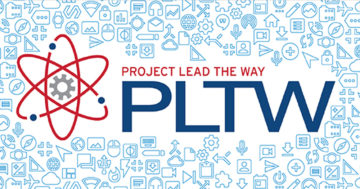 School leaders and educators in West Green School District have been focusing on reconceptualizing what it means to be educated in a rural community in the 21st century, according to an article in the Observer-Reporter.  As part of this process the district has been emphasizing career readiness, the interconnectedness of learning and, of course, cutting-edge technology skills. A new STEAM Makerspace and Lab will be a component of the district’s initiative to Reimagine the Future of Rural Education through STEAM. The new lab is funded by a grant the Community Foundation of Greene County received from the EQT Foundation and will allow students to explore career options in STEAM fields and build skills in science, technology, engineering, arts ad math, in a hands-on environment.

Additionally, the district has been named a Chevron Project Lead the Way (PLTW) school district! Through a $30,000 grant, the district will be offering PLTW STEM courses in 7th and 8th grade in the new STEAM wing. The district’s STEAM and computer science staff have been working on the curriculum throughout the 2019-2020 school year, including an alignment of standards and skills through the CSforAll Framework.