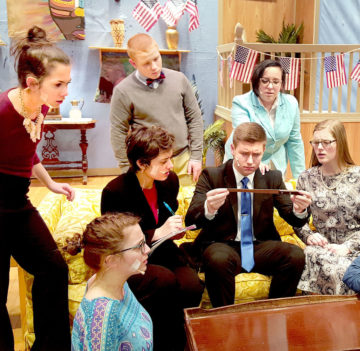 United Junior/Senior High School students performed their spring drama, Mandate for Murder, demonstrating that politics can be murder. A mayoral candidate becomes involved in a murder mystery at the campaign party held in his favor. He, along with those at the party, are all suspects in the who-done-it. Audience members were involved in voting for the mayoral candidate of their choosing as well as asking the suspects numerous questions about their various involvement with politics and all that surrounds it.