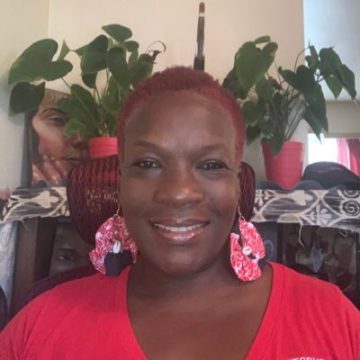 Dr. Margaret Starkes, also known as The Rapping Principal, leads Pittsburgh Miller, a PreK-5 school in Pittsburgh’s Hill District. But, she’s also a talented lyricist and former national recording artist. Dr. Starkes creates rapping videos not only to showcase talents but to meet her students uniquely. Last month, she released yet another viral video when she remixed Wiz Khalifa’s “Black and Yellow” to share a positive message about the Pittsburgh Steelers. On social media, The Rapping Principal’s Pittsburgh Steelers video has more than 15,000 views.

This video prompted Pittsburgh Public Schools to declare Tuesday, December 1, 2020, as Black n’ Gold Day in the District. Families, students, parents, teachers, and staff were encouraged to represent the Pittsburgh Steelers by wearing their black n’ gold. The teachers and staff at Pittsburgh Miller were wearing this Black n’ Gold on Microsoft Teams.

The Rapping Principal’s epic Steelers song has a positive message. In an article on MSN.com, Dr. Starkes stated, “Every rap I perform has my students at the heart of it. ’10-0′ is an inspirational rap to remind the students that even though the win may not be pretty, i.e., virtual learning vs. the brick and mortar setting, they are still expected to do their best work and achieve. Teamwork and perseverance will always win even during these tumultuous times.” Dr. Starkes was featured on 93.7 “The Fan” and MSN.