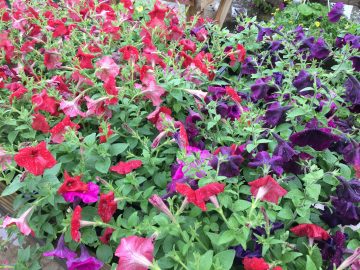 The Horticulture and Landscaping program at Central Pennsylvania Institute of Science and Technology held its annual Plant Sale to help raise money for the FFA. FFA, formerly called Future Farmers of America, but now just goes by its acronym, is a youth leadership organization that promotes agriculture education. The FFA team from CPI plans to send a floriculture and landscape team to the state conference June 12-14 at Penn State. The plant sale began May 2 and lasted until all were sold. Instructor Joe Luther said more than 1,000 plants were grown and tended to by students since February in the greenhouse. Plants sold this year were geraniums and wax begonias; coleus, petunias, calibrachoa, peppers, tomatoes and cabbage; and watermelon and cucumbers. Hanging baskets were also sold.