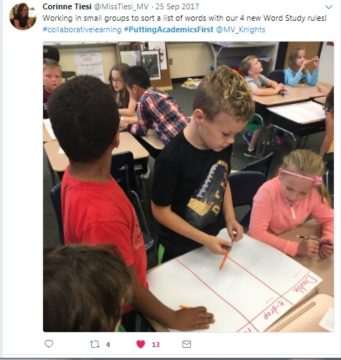 Moshannon Valley SD wanted to inform the local, and larger, community about all the exciting learning opportunities going on in the district but did not want that information to only come from administration. The key was to get teachers, and even students, reporting on the positive academic activities going on in the district at the classroom level, so the #PuttingAcademicsFirst Twitter campaign was created. To spur support, teachers who participated were eligible to win extra personal days, and eventually, students participating were eligible to win iPads.
Between Sept. 15 and Nov. 22, teachers had to post a minimum of 20 tweets and retweet 20 posts from other district teachers, the school district or administrators. All tweets had to be academically focused, highlighting either student learning in the classroom or school, professional development teachers attended, or programs implemented in teacher classrooms. The tweets required a photo, and if students were in the photo had to follow the district policy on photographing students.  Finally, tweets had to tag one of the following: @MV_Knights, district’s Twitter feed, @JohnZesiger, the superintendent’s Twitter feed, or #PuttingAcademicsFirst.
While the goal was to inform the larger community of the academic focus and activities that make Moshannon Valley unique, it highlighted what Moshannon Valley should be known for – academic accomplishments. The campaign was a success with nearly 50% of the staff participating. In total, more than 1,000 positive, academic-focused messages were communicated even leading to collaborations with teachers and schools in other states and Canada. 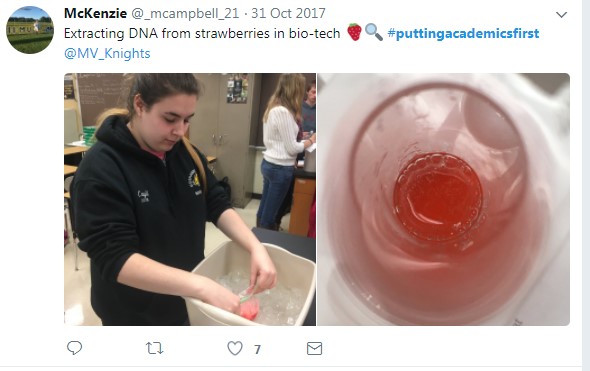