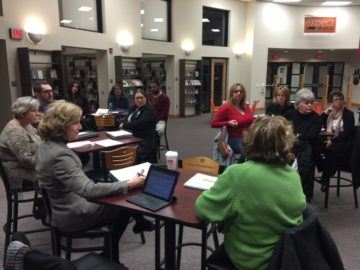 Milton Area SD is taking steps to increase community involvement in the district for the benefit of students. According to the district website, the Building Effective Schools Community Group was started in fall 2013, as a way to build a systems approach to school reform in the district. Membership is open to all those interested in making a positive impact in the district. In addition to discussions on improving school/community relations, members of the group explore and learn about the mandates that all PA public schools must address and gained an understanding about laws that affect schools. Last fall the group reviewed student data that the district collected through a survey that covered topics such as safety, community climate, risk behaviors and other areas. The information is being used to develop Action Plans to implement the group’s goals that center on student well-being and success. These community-proposed goals support the district’s formal existing goals developed by school leadership and those determined by the Board of Education. The group regularly invites input from community members in this ongoing project.