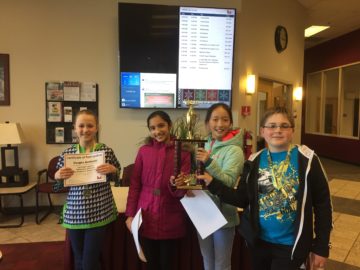 The Hempfield Knights team from Landisville Intermediate Center placed second in the March IU13 STEM Bowl, earning 1,045 points and winning all six of their regular matches. Twenty teams from Lancaster and Lebanon counties were represented in the bowl. The LIC team was one of only two teams to score over 1,000 points throughout the day and were also one of just two teams to advance to the finals. While the Hempfield Knights were defeated in the final round, they earned a second-place finish overall.