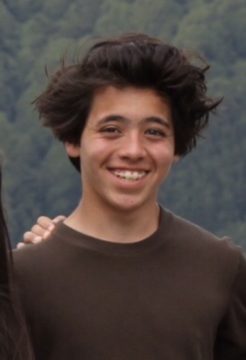 Kai Suyama, a winner in the 2021 Shakespeare Monologue & Scene Contest

Kai Suyama, a sophomore at Hampton High School, was named a winner in his division of the 2021 Shakespeare Monologue & Scene Contest sponsored by Pittsburgh Public Theatre.

Suyama was one of 500 high school students that took part in the contest, and one of just six students in grades 9-12 that were chosen as finalists. This was his third year participating, his second as a finalist.

His winning monologue was from Two Gentlemen of Verona as the character of Launce. He was entered in the upper monologue division (made up of students from grades 8-12) and was one of two winners in that group, along with Maddie Nolen from Upper St. Clair High School.

On Monday, February 22, Suyama got the chance to record his monologue again in a live-streamed public showcase of all finalists. You can watch his performance here.

“Kai dedicated many hours outside of school to prepare for this contest,” said Dr. Melissa Survinski, Enrichment Facilitator at Hampton High School and Middle School. “He worked hard to comprehend, memorize, and perform this scene well.”

The Shakespeare Monologue & Scene Contest began more than 20 years ago and has featured performances by thousands of Pittsburgh-area students. The program is dedicated to instilling a love of Shakespeare and the theater in young people.

Each winner in the contest will receive a copy of The Complete Works of Shakespeare, and a $250 cash prize will go to the winner’s school or group.