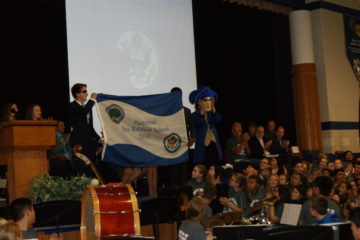 Great Valley Middle School was named a 2016 National Blue Ribbon School. The school is one of 279 public and 50 private schools to receive this honor. The Blue Ribbon program began in 1982. Since that time and including both public and private schools, only five high schools and four middle schools have been honored four times or more. Great Valley Middle School is one of them, earning the distinction in 1984, 1990, 1997 and now in 2016. A schoolwide celebration was held in November.