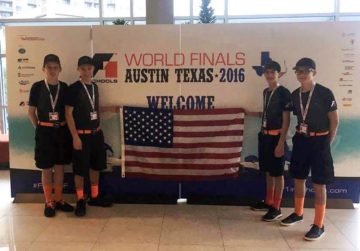 Elizabethtown Area High School’s Taurus Racing team celebrated a big win at the F1 in Schools World Finals in October 2016. The team placed 15th overall and was the highest ranking American team in the competition, which requires teams to create a Formula One team to design, construct and race miniature Formula One Cars of the Future. The students also had to make a verbal presentation to judges in addition to showcasing their automotive engineering skills.