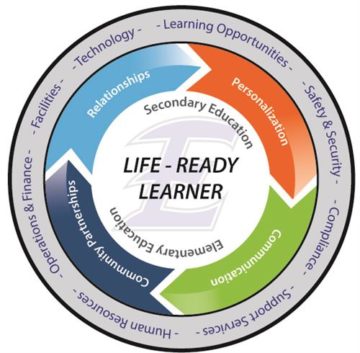 Elizabethtown Area School District is one of only a handful of schools in the commonwealth to be approved to establish a Navy National Defense Cadet Corps (NNDCC) unit. The new unit will be housed at Elizabethtown Area High School. The NNDCC is offered on an extremely limited basis and is the precursor to the Navy Junior Reserve Officers Training Corps (NJROTC) program.

The NNDCC provides a program designed to expand students’ opportunities to gain the values of citizenship, service to the United States, personal responsibility, and a sense of accomplishment. EASD will begin preparations for its NNDCC program, including the hiring of a retired naval officer qualified to lead the scheduled launch in the 2021-22 school year.

The district pursued the NNDCC program as it strengthens the district’s Life Ready Model, which is the foundation for academic programming in kindergarten through grade 12. The goal of EASD’s Life Ready Model is to prepare students to be in a position to successfully pursue at least one of several paths after graduating from Elizabethtown Area High School, including obtaining a career that pays a living wage; attending a postsecondary institution to further their education; and seeking an opportunity in the nation’s armed forces.

The NNDCC opportunity is for students in ninth through 12th grades who are considering an opportunity in the armed forces. It includes a four-course curriculum that covers content including civics, national security affairs, oceanography, and technology. This classroom curriculum is coupled with various yearlong leadership, community service, and military-connected activities.