CPI Among First Schools to Use New Safety App 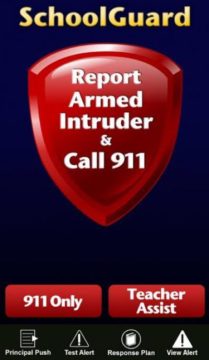 Central Pennsylvania Institute of Science and Technology is among the first institutes in the commonwealth to use a safety app called SchoolGuard that acts as an extra layer of security in times of need, according to School Resource Officer Shane Dickey. Dickey, who helped spearhead the plan to bring the app to the school, said it’s designed to assist faculty and staff with issues such as armed intruders, fights and medical emergencies. It was officially rolled out in December. “It’s kind of a pushbutton 911 in your hand,” he said.

Downloadable on mobile devices, users are given an access code that activates the app. It then has features to report an armed intruder, call 911 or ask for teacher assistance. If someone pushes the “armed intruder” mobile button, it firsts asks for a confirmation and then sends the message to all users in the building, in addition to alerting 911 dispatchers. A GPS location of where the alarm came from is also sent to users in the building. “A big part of the app is to alert faculty and staff that there is a problem in the building so a decision can be made, and get it to law enforcement quickly,” Dickey said.

The “teacher assist” feature doesn’t necessarily alert 911 dispatchers or law enforcement, but is rather used to alert faculty and staff that assistance is needed in the building due to issues such as a fight or medical emergency. That feature also sends out a GPS location of where the alert came from. Dickey said a geo-fence was installed around the CPI facility that acts like an electronic grid to locate approximate GPS coordinates. “It’s a great tool for everything we need,” Dickey said of the SchoolGuard app.