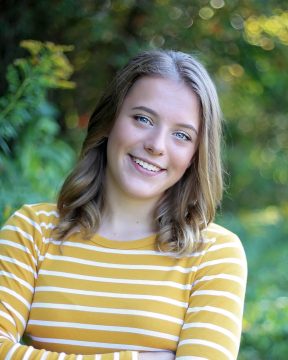 Among the many accomplished students in the Clarion-Limestone High School graduating class of 2018, one young woman stands out: Erica Hetrick. Erica is getting ready to embark on a life-changing journey to the U.S. Naval Academy. She is first female in 10 years from northwestern and north central Pennsylvania to gain admission to the Naval Academy. Naval Academy Blue and Gold Officer, Barney Knorr, speaking at C-L’s Senior Awards Ceremony noted that an applicant must not only apply to the school itself, but apply for the actual application as well. Even after an application is granted, the chances of \being admitted to the Naval Academy are between five and eight percent. Applicants also must pass a thorough physical exam. In addition, applicants need to receive a nomination from the congressman, one of the two Pennsylvania senators or the vice president. Erica was the first to be nominated by Rep. Glenn “G.T.” Thompson (R-PA 5th District). Clarion-Limestone is extremely proud of Erica and we are excited to see what her future holds.