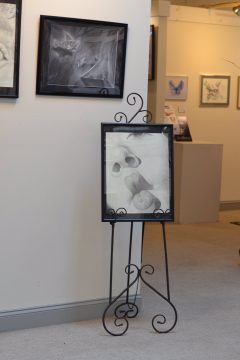 According to a report from Thompson’s office, the Congressional Art Competition began in 1982 to “provide an opportunity for members of Congress to encourage and recognize the artistic talents of their young constituents.”

Since then, more than 650,000 high school students have participated in the national competition.