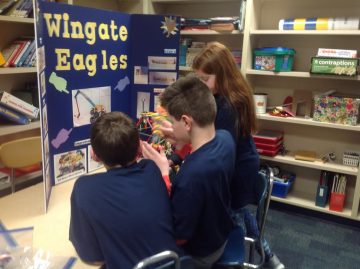 In their first ever time participating in the K’NEX Challenge last year, the Howard team made it to the state competition in Harrisburg, after placing first at the regional competition. A team from Port Matilda Elementary School placed third at regionals – also their first time competing last school year.

This year, a total of 29 teams participated in the regional competition, including 12 teams from elementary schools in central Pennsylvania.