A celebration of spring and diversity 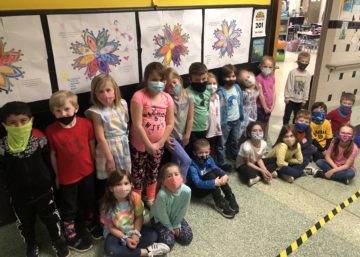 McClellan kindergarten students in Mrs. Wahl’s class celebrated the Hindu festival known as “Holi” or the “Festival of Spring” as they learned about the seasons and how other cultures celebrate around the world. The Holi Festival marks the arrival of Spring and is associated with bright colors. To create their own celebration, the kindergartners began by making decorations of chalk people covered in many colors and rangolis. The chalk people represented what the students would like if they actually participated in the festival where people throw powders of bright colors everywhere, and the rangoli represented colorful flower patterns, a traditional festival decoration. The classroom Holi Celebration took place on March 29, 2021, and everyone tried to wear a bright color or one of the colors of Holi. The students thoroughly enjoyed their first Holi Festival, and it was a wonderful way to promote diversity, respect and experiential learning!